Every half a year, scientists are applying at CSCS for computing time. The proposals pass through a transparent review process conducted by an independent pool of specialists. Every submitted proposal is evaluated by two scientists who belong to academic establishments from around the world and two technical experts from CSCS. An independent expert committee ultimately decides on the allocation of the computer time in a final evaluation based on these assessments (see also Fact Sheet User Lab »).

Overall 25 new proposals were submitted during the recent call of proposals at CSCS. 15 reviewed proposals were accepted, 4 were accepted with a reduced computing hour budget, 6 were rejected. The total amount of resources granted in the new call for the period of October 2012 to September 2013 are 53,163,300 CPU hours. The total resources allocated so far in 2012 on the Monte Rosa supercomputer alone, sum up to 374 Million CPU hours per year.

This time the review team considered two proposals as outstanding. One of them was submitted by Mark Potse, visiting professor at the Università della Svizzera italiana (USI). He and his research team at USI are working closely together with the Cardiocentro Ticino. Their objective is to simulate the electrophysiology of the heart of twelve patients with heart failures. The simulations will help to obtain a better insight into the electrocardiographic features for improving therapeutic treatment.

Another outstanding proposal came from ETH-professor Nicola Spaldin. The material scientist wants to explore coupled and competing instabilities in complex oxides. Their computational methods will allow to develop a comprehensive understanding of how proximity to previously unexplored combinations of instabilities, as well as previously unidentified types of ordering, manifest in novel behaviours. Furthermore their simulations will help to develop design guidelines for practical realization of new materials with these behaviours. 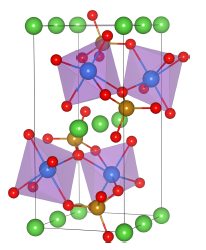