The number of visitors was overwhelming: as early as 9:30am a queue had formed in front of CSCS and did not let off until late in the afternoon. The 1300 tickets available for the tour of the facility were soon sold out and whilst visitors flooded to attend the poster and on-screen presentations in the office building, the scientific presentations were packed, not only to the last seat, but to the last standing room.

From particle physics to seismic research

Young and old were all ear when ETH professor Günther Dissertori described what is done at the Large Hadron Collider at CERN, what research goals are pursued and why this requires the support of supercomputers.

Bernese climatologist Thomas Stocker’s demonstration of the so-called small ice age gave visitors an impressive insight into the impact that a change of just a few degrees can have on the world’s climate. He demonstrated how supercomputers enable climatologists to create models of possible future climate evolution based on factors known to influence it. 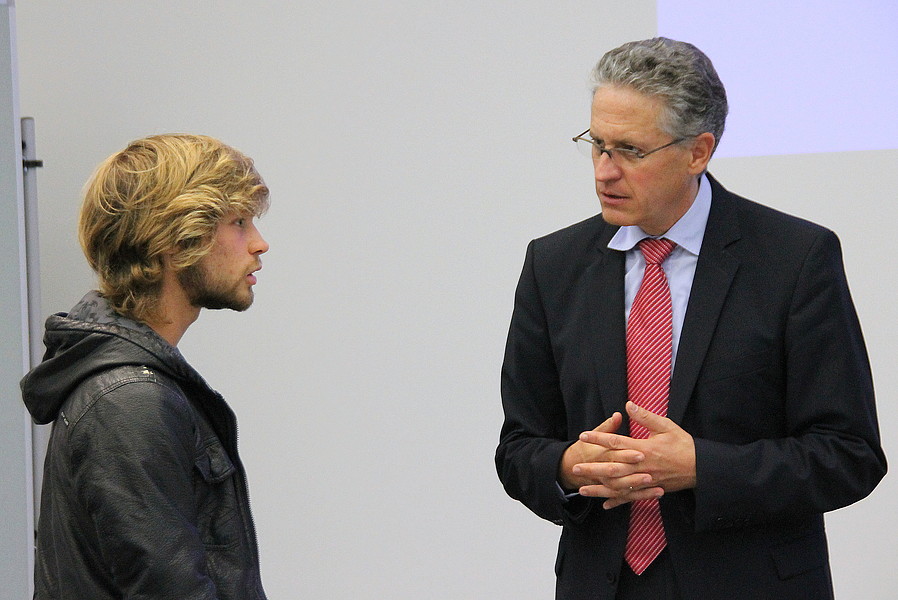 A young visitor in discussion with Thomas Stocker, climatologist at the University of Bern.

Astrophysicist Marcella Carollo filled her audience with enthusiasm for astrophysics and seismologist Domenico Giardini’s audience was enthralled by his talk on earthquake research. Many of the questions raised at the end of the presentations, such as whether politicians listen to climate scientists and on the details of the Aquila earthquake of 2009 bore testimony to the public's strong interest. 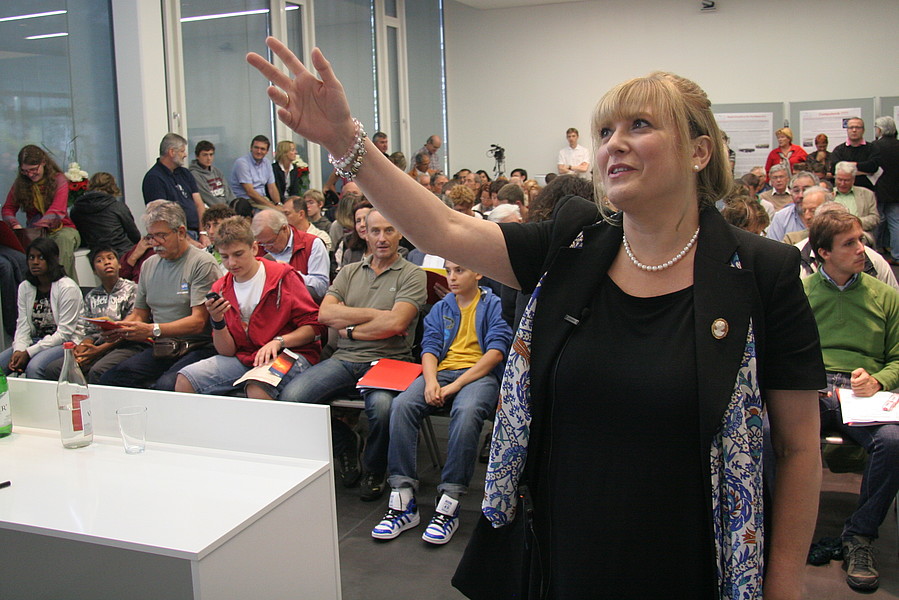 The audience of astrophysicist Marcella Carollo. 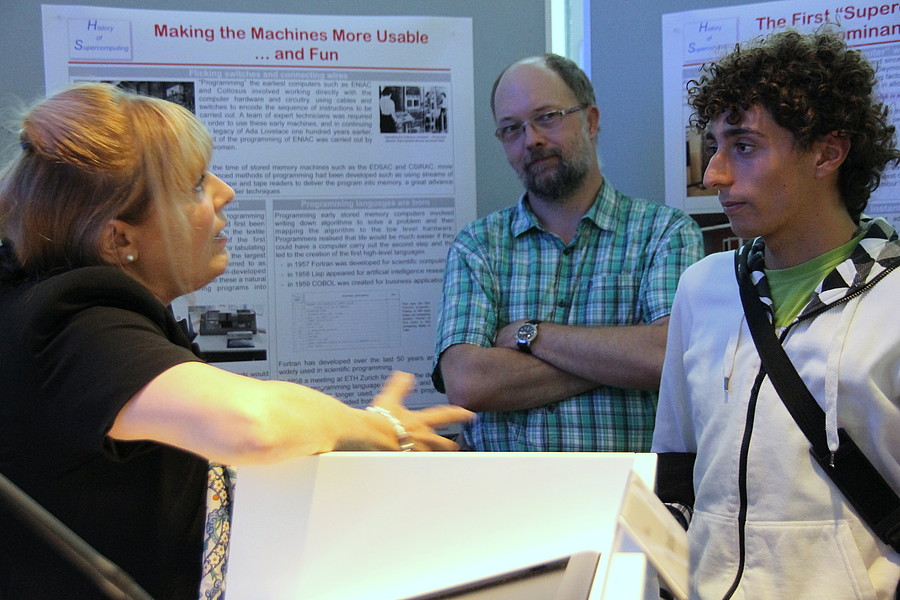 Marcella Carollo in discussion with a visitor.

Opportunities for public insight even in future

Guided tours of the computer centre facility took place every 20 minutes. For security reasons it was not possible to increase the frequency or the group size of 30 persons that were able to gain an insight of the technical infrastructure of the building. Due to the unexpectedly strong interest CSCS will offer the public the opportunity to attend a colloquium and tour the facility during an evening every 2 months. The program will be published on the CSCS website.